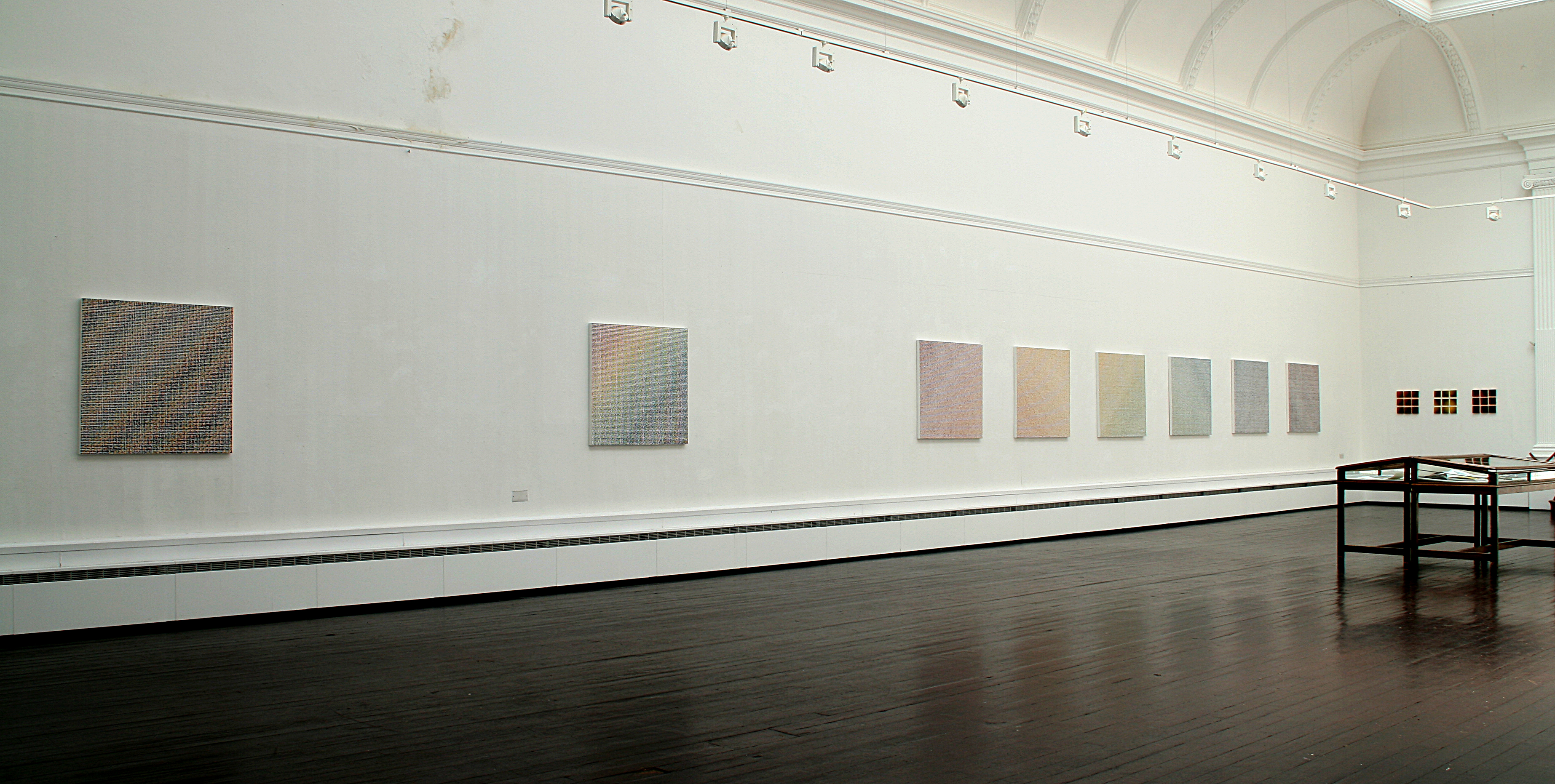 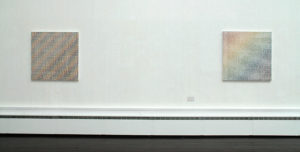 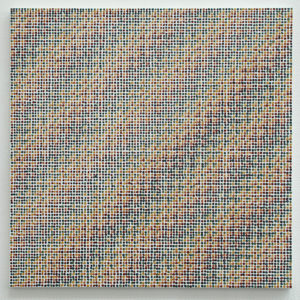 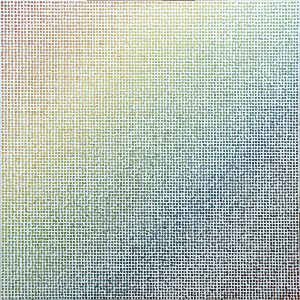 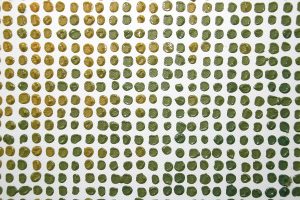 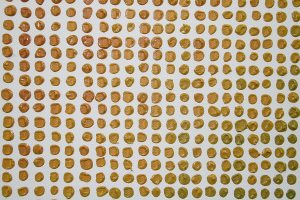 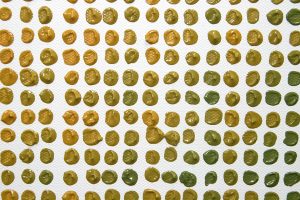 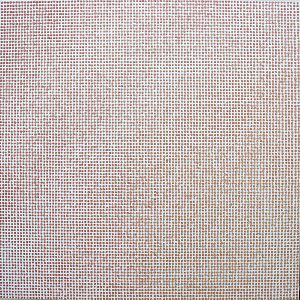 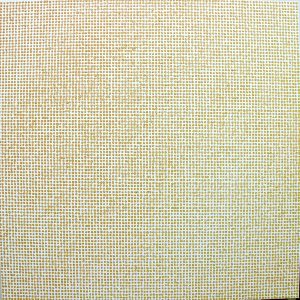 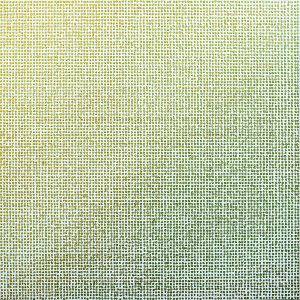 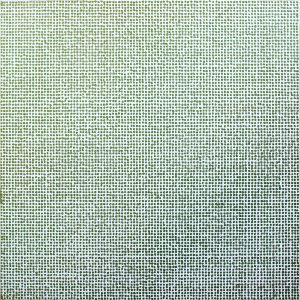 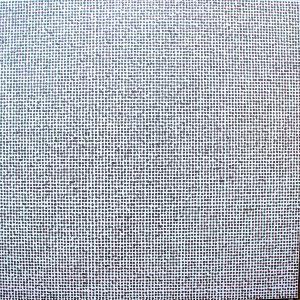 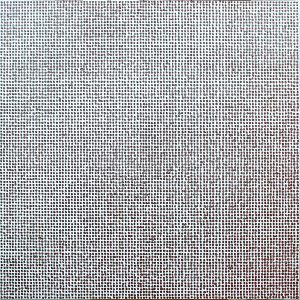 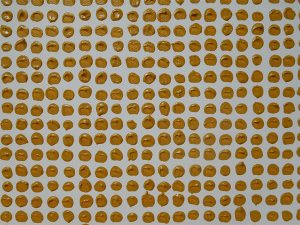 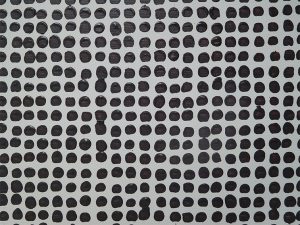 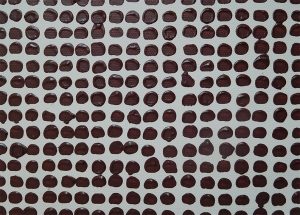 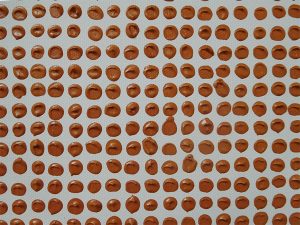 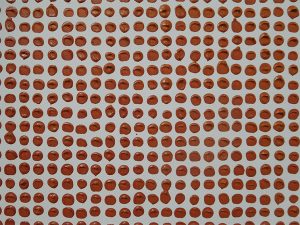 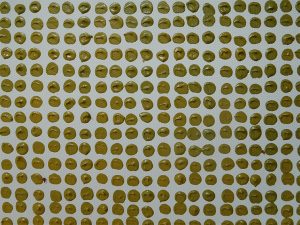 Chromatic Continuum consists of eight paintings, whose tones are organised following a fractal system of degradation on white backgrounds. DeLanda’s (2002: 72) work on Deleuze’s ‘virtual continuum’ informs these paintings that meditate on the continuity of colour-light spectrum. DeLanda explains how every natural phenomenon forms a continuum of many interconnected differentiated structures, whose borders are merged with one another. Examples of continuum are for instance atmospheric air forms around the universe (Gleick 1987: 108), animals’ bodies and plants’ structures. Although we perceive limits from a distance and every part of these structures looks differentiated, these are all integrated in continuous wholes where no actual physical limits exist.

Similarly, the chromatic spectrum forms a continuum that can be differentiated in three primary colours. Accordingly, Chromatic Continuum presents meditations on the continuity of colour displaying three scales of magnification of a chromatic progression between primary colours. Each of the three scales deploys full chromatic wheels — primary and secondary colours — at three different levels of detail. Only two of them display a corresponding array of “broken tones” and the amount used depends on the level of details of each magnification. The distances between marks in these paintings are greater than in previous works, hence, larger areas of white background raise to the surface. Consequently, from a distance, alternations between marks and white background produce a sense of fogginess in these paintings.

Hard Edges is composed of a recursive continuum between three primary and three secondary colours. Because differences between colours are overt the transition between them is broken and abrupt. Rainbow presents a 1/289 magnification of Hard Edges. The recursive continuum in this painting is between three primary, three secondary colours and 48 “broken tones”. It begins with red and finishes when it reaches red once again. All the transitions between primary and secondary colours are done in 8 stages of broken tones. As a result, the degradation in this painting is still overt but more subtle and continuous than in Hard Edges.

The six paintings composing Bichromes show a 1/36 scale of magnification of Rainbow. Transitions between one primary and one secondary colour in each of these paintings are done in 54 stages of “broken tones”. When these works are looked at in detail, tonal differences between neighbouring marks and colour degradations are imperceptible. However, when larger distances are taken, chromatic passages between paintings clearly appear and a chromatic wheel emerges. The different perceptions arising depending on viewpoints invite the viewer to meditate on emergent properties at different levels of magnification in fractals.

The use of the same tones for finishing one work and beginning with the next one connects all these six paintings and structures in an overall recursive continuum composed by a multiplicity of marks of every single tone in between these three primary colours. Consequently, in Delanda’s (2002: 72) words, the polyptych Bichromes forms a chromatic ‘continuum which yields, through progressive differentiation [of three primary colours], all the discontinuous individuals [secondary colours and broken tones] that populate the actual [chromatic] world’. These painting are ‘heterogeneous space[s] made out of a population of multiplicities [marks], each of which is a topological space on its own’ (ibid.).