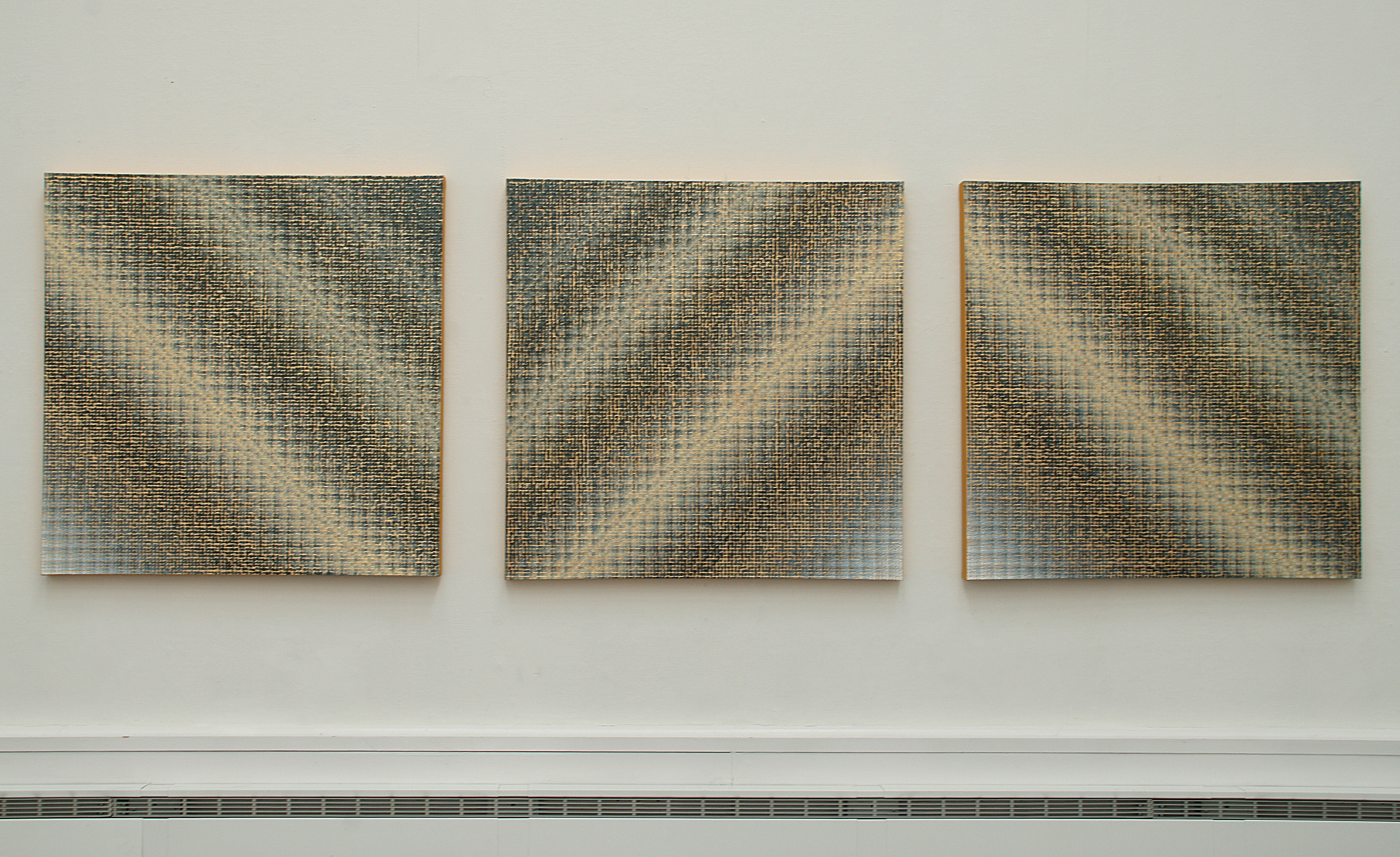 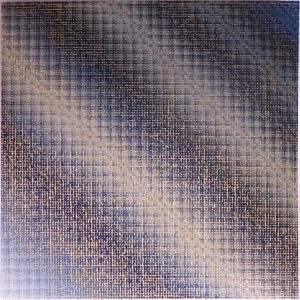 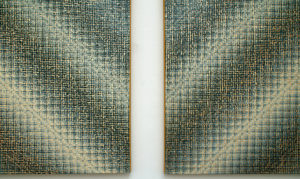 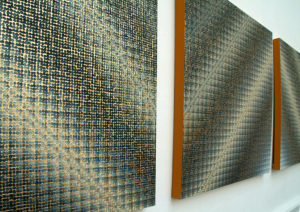 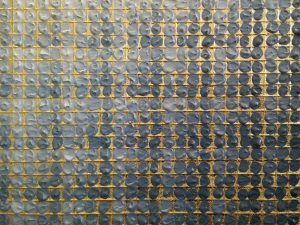 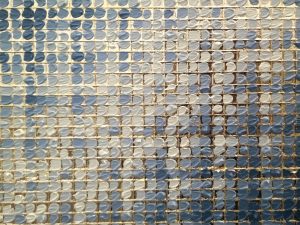 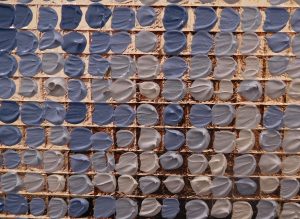 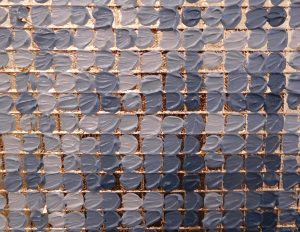 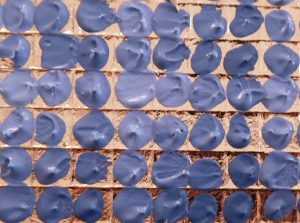 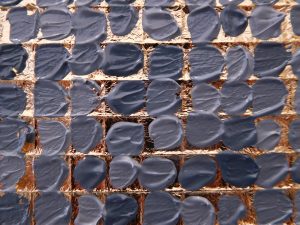 The goal of these paintings was to meditate about water waves. I altered the fractal system to suggest a “waveness”, which draws from a percept or a phenomenology of waves. The tones and degradation in all three paintings are exactly the same and to reinforce the allusion, they present different rotations of the same variation. Hence, all these three paintings together establish relations and create wavy visual rhythms. Colour degradation in these works repeatedly waves between a “broken blue” and white, while advancing diagonally through the planes between two corners. I explored variations of the fractal system in preparatory works and selected one that consists of reducing the very last tone every time I reach an extreme of the degradation. This reduction is informed by the phenomenology of a wave on the surface of water. It begins with abrupt ups and downs, gets progressively flatter while it advances through the surface until it disappears completely. Similarly, the waving between white (up) and “broken blue” (down) in Atoms: Waves gets progressively shorter in length and between tonal extremes until it remains only with central tones (flat).

Backgrounds on these three paintings are also gilded with leaf of copper and zinc alloy, which aims to allude to light reflection on the surface of water. These golden backgrounds make the “broken blue” appear purer than it is. For that reason, while painting this triptych I adjusted the blue making it more “broken” and closer to grey. Yet, despite how broken the blue is, even when it is almost neutral, the gilded background makes this dull colour to appear still quite blue. The reflection of light produced by the gilded backgrounds make these works extremely elusive. Depending on ambience, light and viewers’ perspectives, the reflection of light and perception of colours changes dramatically.