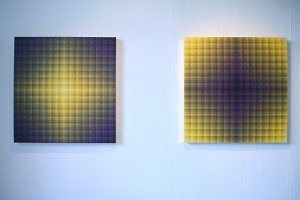 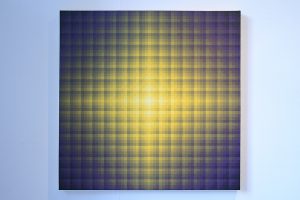 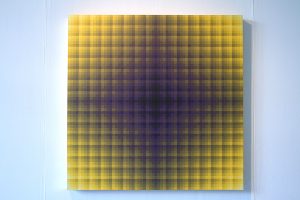 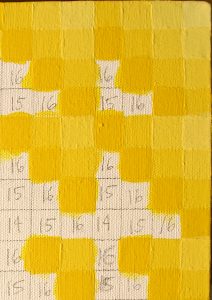 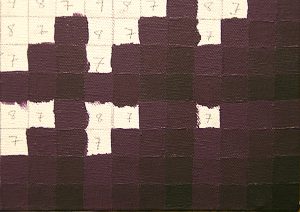 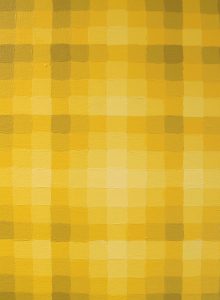 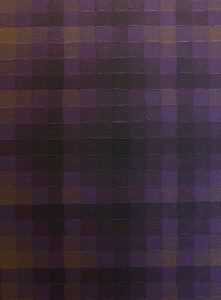 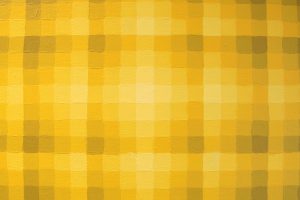 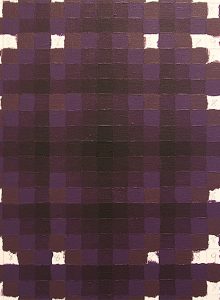 Chromatic degradations in my paintings progressively advance from one colour to the other. However, regular breaks of regression within the progressions make them smoothly wave in the continuous passages between colours. As a result, vibrating visual rhythms and a kind of “waveness” emerge from these compositions. I propose “waveness” as a ‘percept’ (Deleuze and Guattari, 1994) extracted from the movement of waves (light and water). Davey describes a similar dynamic in Hugonin’s work where a combination of a ‘grid for holding the coloured patches and a system for the repetition of a set of marks […] sets up a recurring wave pattern across the painted surface’ (Mottram and Davey 2012: 3). For example, in Grace, and Fragmented and Continuous Woven Surfaces, a light source seems to be radiating from the centre to the borders of the surfaces. The allusion to waves was not an objective I originally pursued, but a true emergent phenomenon of the fractal system of colour combination that I designed. However, after these first works, a meditation on “waveness” became a main purpose of my practice.