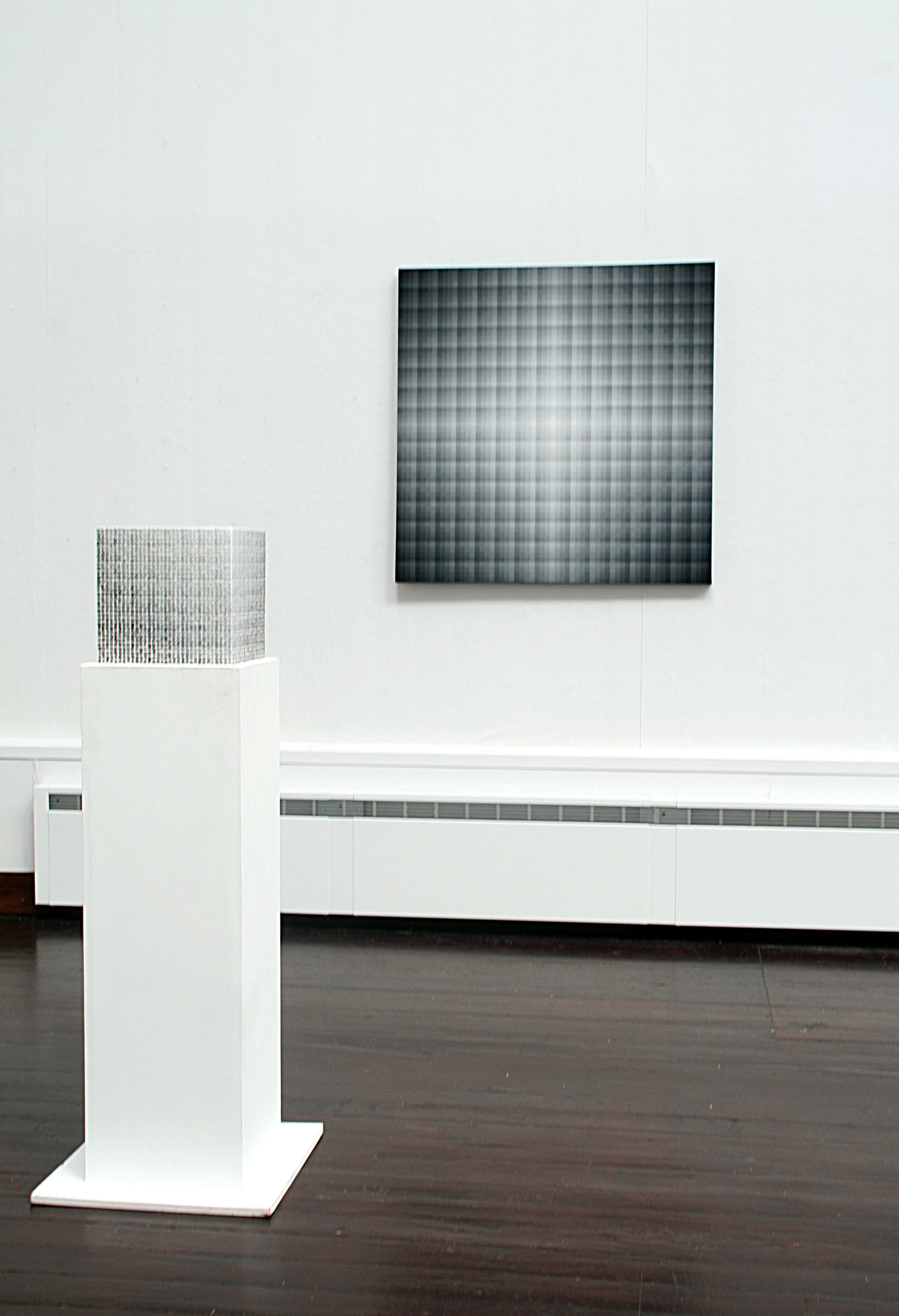 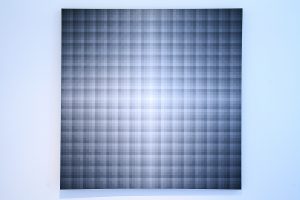 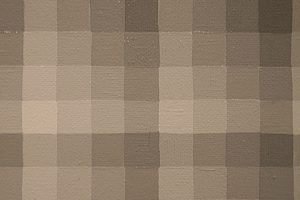 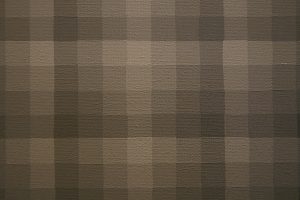 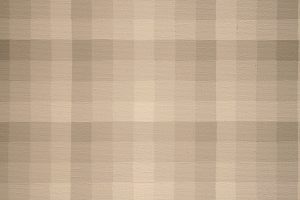 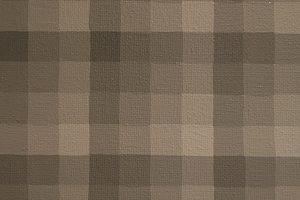 My works present a ‘careful analysis of the inner-relationships between colour and tone’ (Moszynska 1990: 103) and display ‘delicacy of tonal gradation’ (ibid.) of mixes between two colours. As described, I organise tones in a system of fractal ‘rule[s] of combination’ (DeLanda 2002: 9) that produces self-similar and iterative wholes composed by multiple smaller parts . As a result, the relations between tones within a painting are repeated at different scales of magnification. Meaning that, every squared section displays similar colour relations to the whole painting, as well as to bigger or smaller sections.